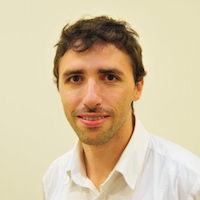 12. The status of Devuan Project

In this speech we try to explain what is Devuan because is a new upcoming distribution and probably many attendee are not familiar with it.
In particular we will try to explain:

In my life I’m a Linux System Administrator and I also like to develop with Ruby on Rails. I’m the main contributor of AlwaysResolve DNS system, a DNS made from scratch in Scala with a API Layer in Ruby on Rails: my company moyd.co offers contract to install, maintain and personalise the DNS system which is now an OpenSource package in Apache 2.0 License (like OpenNebula) and also a DNS-as-service based on a workdwide infrastructure made with OpenNebula.
I’m also a contributor of Devuan project which is an upcoming Linux Distribution forked from Debian which aim to not have systemd as mandatory dependence.
I’m happy to try to join OpenNebula and Devuan projects in many way: I plan to maintain an official OpenNebula deb package dor Devuan and a Devuan disk image in OpenNebula Marketplace.