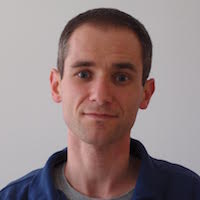 05. OpenNebula at the Leibniz Supercomputing Centre

The Leibniz Supercomputing Centre (shortly LRZ) is the IT service provider of the Bavarian Academy of Science and Humanities. LRZ decided to set up a cloud computing service for its institutional customers, such as the students and the researchers of the Munich universities, to meet their peek demands and to provide a very flexible compute service to them. This talk will describe the reasons and the benefits behind the choice of OpenNebula for this task, with a particular focus on the customisations that were required, such as:
– network isolation among different groups of users, similarly to a private VLAN;
– management of network security through four different security zones and OpenVswitch
– the introduction of a mechanism to limit the usage of shared resources over time rather than just partitioning the cluster

Matteo Lanati received a MS in Electronic Engineering from the University of Pavia (Italy) in 2004. In 2007 he completed his Ph.D. program at the same University, starting a post-doc cooperation with EUCENTRE (European Centre for Training and Research in Earthquake Engineering) to work on two European projects involving grid computing and body area networks. In 2011 he joined LRZ where he built on his distributed computing skills. He is currently part of the team that takes care of the institution’s compute cloud platform.