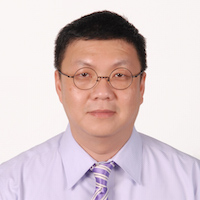 Today’s leading enterprises must significantly increase data center agility to respond faster to dynamic business requirements. Operators have found that deploying a cloud platform in its simplest form is better when it comes to their data centers. They have found that deploying huge numbers of low-cost industry-standard servers, along with industry-standard storage and networking, is the easiest way to support many simultaneous users running highly variable workloads. The key is to integrate management of compute, storage, and networking to simplify IT and accelerate time to value. In this talk, we will focus on a) the Cloud computing landscape in Malaysia, b) our R&D and deployment activities based on Open Nebula to support private cloud in public and private sectors., and c) the role of Cloud services for future support of federation and mobility

Hong Ong is a Principal Researcher and the Director of Advanced Computing Lab at MIMOS Berhad. His current role at MIMOS is to provide technology leadership in defining and developing lines of research in Distributed and High-Performance computing, to establish R&D collaboration with universities and Multi-National Corporation, and to transform research products into commercializable products.
Prior to joining MIMOS, he was a Senior HPC Researcher at the Oak Ridge National Laboratory (ORNL), Tennessee, US from 2005 to 2009. At ORNL, he worked on virtualization, fault-tolerance techniques, and technology integration for large-scale computing. From 2003 to 2005, he was a post-doctoral researcher at University of Portsmouth, UK, where he was involved in a number of grid-related projects, including the first UK e-Science Tested project and work evaluating grid security issues. Hong’s research interests include: system-level performance evaluation, operating systems, and runtime management applied to high-performance computing, parallel and distributed computing, fault-tolerance computing, and Cloud computing.

He received his Ph.D. in Computer Science from the University of Portsmouth, UK in 2004, and his B.S and M.S in Computer Science from Kent State University, Kent, Ohio, in 1996 and 1999 respectively. He has published two book chapters, over 10 filed patents, and over 70 research papers. He has served as Co-Chairs and committee members for numerous international conferences